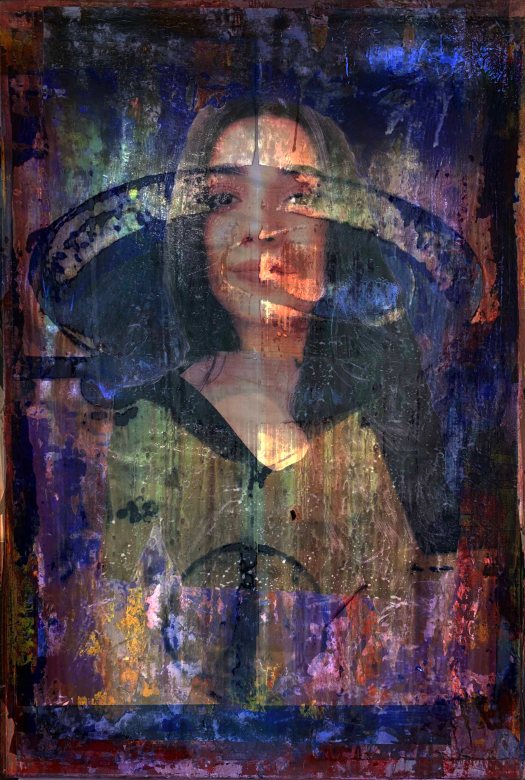 This piece is on outcome of a collaboration between a painting and a video.

It question the idea of identity in the broader context of external dynamics and stimuli.

Our dreams, ambitions and aspirations are formed by brutal and vulgar contrasts between the opulence and status of the privileged and the suffering of the starving underclasses. This powerful contrast is charged with a broad range of associated high level emotions and feeling, such as jealousy, anger and a total lack of understanding of the reasons behind one’s faith.