I have been busy experimenting with a new approach to painting and layering colours. The process started with painting the under image using a rug and large scale brushes. The composition was inspired by the Burmese Monks series. I used large unprimed canvas and started to jot the colour down using expressive movements and gestures. The image begin to grow really rapidly and soon, the overall colour scheme was ready. The second stage was to overprinting the background with a screen, which o developed recently. It portrays a swarm of birds ‘dancing’ around the monks and creating a beautiful flow and rhythm. The printed layer was subsequently watered down with sponges, robbed with dry towels and paper to revel light and the colour, which got trapped underneath.

The entire idea for the new pieces is to experiment with layering of images and colours before making any commitments to the narrative content of the work.

I have included a range of photographs of my experimentation and, at the bottom, a single print of the screen itself. 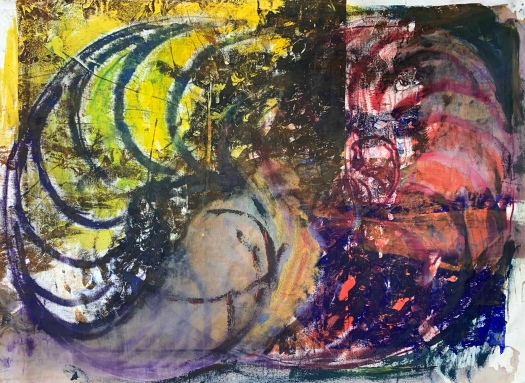 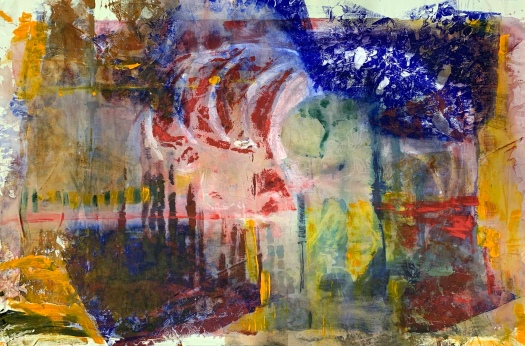 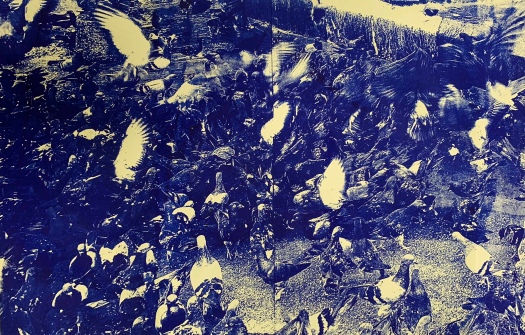