I have recently been inspired by the work of Kehinde Wiley.

His projects consist of a global survey of countries and their respective traditions and cultures.  He explores and investigates their socioeconomic dynamics and interdependence in the context of globalisation.  His models are random strangers, who are identified during street castings.  His bizarre, balancing on the edge of kitsch images, are a unique chronicle of life and culture, amalgamation of colour and pattern, which is juxtaposition-ed with stylised portraits.   The background repeats are created by manipulations of typical and indigenous vegetation to Haiti, such as okra and sugarcane – products, which were exploited as a cash crop during the times of mass slavery.

They are all staged, unnatural and almost suspended in vacuum.  Superficially, his oil on linen paintings appear to be of only decorative value.  Are they though?

This has given me the idea of isolating individual characters from my photographic library of documentary photographs from Haiti and superimposing them with a range of painterly and printed backgrounds, which I have recently developed, including video records of blasting prints.

The three images below are my initial visual thoughts, which I am planning on developing further towards a more refined stage, possibly involving animation.  I would also like to link these ideas to my experimentation with exploring the process of waiting through a gradual appearing and disappearing of objects of need, necessity and desire.

I am using an image of three  young Haitians girls, dressed up in preparation for Christmas celebrations.  They appear to look into their future with uncertainty, almost being afraid of disappointment.  The white gloves and flowers are symbolic of purity and innocence, and their eyes are full of hope.  The viever, however, immediately knows that their futures are very uncertain.

The special and theatrical clothing emphasises further the contrast between the farshness of their daily lives and the the hope and smiles on their innocent faces, just like on “Afgan Girl” photograph by Steve Mc Curry. 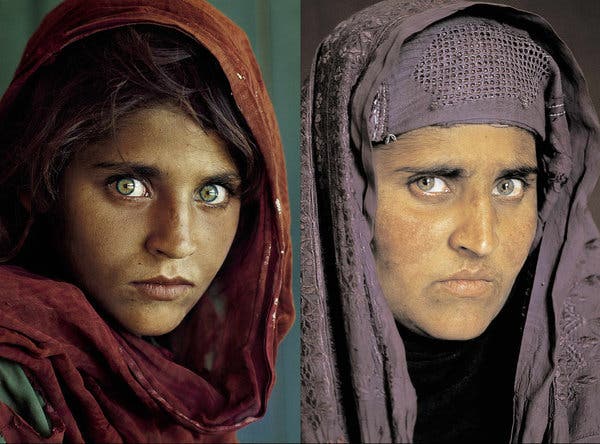